A Course in Love 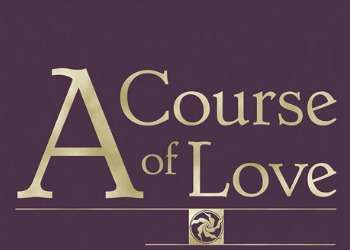 Here is an article I wrote for The Embrace, a publications dedicated to promote A Course of Love, which is a follow-up to A Course In Miracles. Enjoy!

Sex and the Course

A major event gripped the social world in 2015-the sensational transgender transformation wherein Bruce Jenner died and was resurrected as Caitlyn Jenner. It reminded me of my own transformation through a “metagender” relationship with Jesus.

For those not entirely current with apocalyptic social events, we are referring here to Bruce, an Olympic gold medalist in the decathlon-a grueling event consisting of ten track and field events, the winner of which is considered “the world’s greatest athlete”-who became Caitlyn, the world’s most famously transgender woman. For me, this event represents the divine awakening among all of us to the one Self. 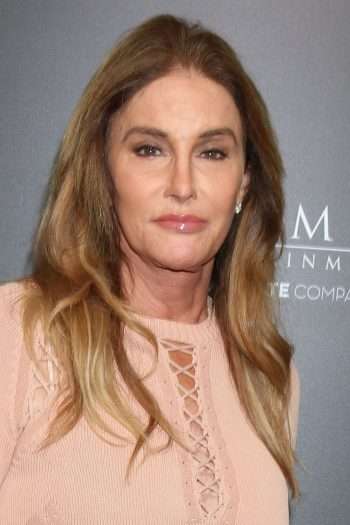 In order for us to experience wholeheartedness, Jesus makes it very clear in A Course of Love that we must experience the union of male and female, of conception and action, and inspiration and manifestation. This is… miracle-mindedness or miracle-readiness. Whether you are male or female matters not, as you are in truth, the union of each. The end of separation that brought about the resurrection brought about this union and the separation of male and female continues to exist only in form. (T1:9.1,2) The relatively recent phenomenon of transgender operations is, to me, a clear physical manifestation of the inward desire for the peace that is available only through the awakening of our unified Self. Bruce experienced the distinct differences between his masculine ego-driven intellect, which catapulted him into Olympic fame thanks to his athletic prowess. Meanwhile, in excruciating confusion, lay churning within him the diametrically opposed feminine manifestation of the ego in the realm of feelings.

This visceral experience created within him an inner personality split and ensuing turmoil. It amplified, in this one very famous and public individual, the inner struggle we each privately face as the voices of love and fear wage an inner battle. Bruce knew that his self-image would be publicly destroyed.

Yet he decided to proceed with the operation that allowed him to claim the feminine voice that felt most natural. His choice was, in my opinion, similar to our personal choice to listen to the guidance of Christ within. For Caitlyn’s voice to emerge, Bruce had to become vulnerable, with cameras documenting every step of his private transformation as he chose to become the persona on which he placed greater value.

His was a choiceless choice, to be who he, deep within, knew himself to be: a woman. Although I do not know what Bruce and Caitlyn’s experience is for, I feel confident that God is using it as a very public example of the private inner battle we must all face-so what “was” can be recognized and released, creating the opening to embrace the True Self.

During this process, the ego, much like the vicious media and hateful public, will use all the ammunition at its disposal to distract us from choosing inner unification. Although Bruce and Caitlyn’s battle appeared to be at the level of form, the deeper message I received was that the choice was being made at the level of content, signified by the joy Caitlyn appeared to experience once the choice to be who she really is-a woman-was made. In the end, as much as Bruce wanted to freely be Caitlyn, and we want to freely embody the Christ Consciousness, the process of awakening is not “about balance, it is about wholeness.” (P: 9.16)

The wholeness of being merged in Bruce and Caitlyn much as the energy of masculine and feminine are merging within our planet. We are coming closer to being wholehearted-embodying what we truly already are: One Love. I am grateful that Jesus, through A Course Of Love, is showing us step by step the process we must follow to awaken. I am also grateful that Bruce and Caitlyn offered, in form, an example of the journey to awakening, which can be very uncomfortable. If Caitlyn can survive and thrive through that incredible spectacle, I am certain we will all be just fine, when we willingly do whatever it takes to allow for the resurrection of the Christ within us.

After my encounter with Jesus in August, 2007, it became clear that I was to teach that our power lies in becoming aware of the profound differences between the natural state of being-which is love-and the learned beliefs that instill fear. When Jesus extended his hand to me and invited me to merge with Him, the physicalness of our bodies disappeared.

The union of our energy, which had been there all along, became my new felt reality. In our union of male and female energy I felt the deepest love and wholeness I had ever experienced. From that moment forward, my life took on a whole new meaning. Once I began to teach the workshop Jesus gave me, The Power of Awareness, participants began asking if my work was based on A Course In Miracles. I had never heard of it. The comparisons to ACIM continued for several years, yet I did not feel guided to read it. In December, 2012, after reading Gary Renard’s Disappearance of the Universe, I got a copy of ACIM and read the entire book in 3 weeks.

I couldn’t put it down. Jesus was using ACIM to give me a much broader understanding of the origins of both love and fear, so that I could continue to build upon my solid foundation of understanding the Truth that The Power of Awareness had established within me. Through ACIM I gained a greater clarity about the workings of the human ego, and began to recognize the insidious ways it operates.

Then in February, 2015, I read A Course on Love. It took 2 weeks! I felt as if the battle I had experienced between my ego and my Soul had been detailed within its pages. Through ACOL, I came to finally understand the unreality of fear, and why choosing between it and love was no longer necessary for me. Through ACOL, Jesus invited me to make the choiceless choice we each must face in order to awaken: the choice is to end the battle, to end the seeking, and simply choose to be what I already am: Love.